Ocean Nexus is proud to welcome five undergraduate student fellows and one graduate student fellow in Indigenous Ocean Ecologies, a new program created in partnership with the UW Center for American Indian and Indigenous Studies (CAIIS) and Department of American Indian Studies. This year-long research fellowship is focused on the intersections of sovereignty, wellbeing, and environmental justice among Indigenous coastal communities, especially in the Pacific Northwest.

Undergraduate fellows are enrolled in a year-long two-credit micro seminar where they will meet with community mentors who are recognized leaders in Indigenous ocean science and governance. They will also design their own engaged research projects, culminating in a public symposium this spring. In addition to Ocean Nexus, the program has received funding from CAIIS’ Native Knowledge at UW fund and the Research Family peer mentor program. Each undergraduate fellow will receive a stipend of $2,000 over the course of the 2020-21 academic year.

The program was created and is facilitated by P. Joshua Griffin, assistant professor in American Indian Studies, the School of Marine and Environmental Affairs (SMEA), and a Nexus principal investigator. Izzi Lavallee, a Nexus graduate fellow and SMEA MMA candidate, serves as a teaching assistant and project co-facilitator.

“It’s truly an honor to work with this remarkable group of young scholars,” said Griffin. “Each project in some way addresses the complex entanglements between Indigenous self-determination, cultural resurgence, and ecological resilience. Our fellows’ commitment to community–including to one another–is an inspiration.”

The Nippon Foundation and UW EarthLab launched Ocean Nexus Center to create a future where oceans benefit people equitably in a culturally-relevant manner. Science shows that human activities are creating the environmental changes in oceans and coastlines, which are widening the inequality already felt among those who are benefiting from oceans and those who are not. Working in partnership with scholars and institutions around the world, Ocean Nexus Center aims to transform ocean governance so it is socially equitable and prioritizes the diversity of current and future relationships that exist between people and the ocean. 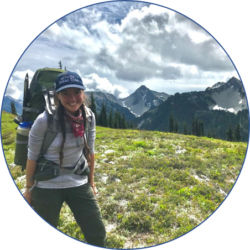 Autumn Forespring, Undergraduate Fellow
Nákʷs, my name is Autumn Forespring and I am a Cowlitz Tribal Citizen. I am a senior working toward my B.A. in American Indian Studies, with a minor in Environmental Studies. After graduation I plan to work with my tribe to incorporate Indigenous knowledges and place-based healing into mental wellness programs for Indigenous women in the PNW. It will be an honor to collaborate with my Indigenous peers during this fellowship. 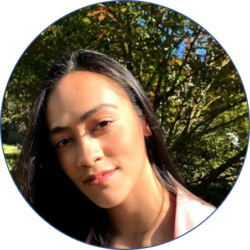 Sesilina Lane, Undergraduate Fellow
Hi! My name is Sesilina Lane and I am a sophomore at the University of Washington. I am currently majoring in Anthropology and minoring in Oceania and Pacific Islander Studies, and I hope to also declare for Environmental Studies! I am a Tongan-American and I am passionate about issues impacting both Indigenous and Pacific Islander communities. 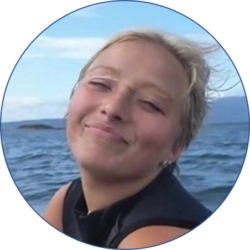 Izzi Lavallee, Graduate Fellow
Izzi Lavallee is a first-year graduate student at the UW School of Marine and Environmental Affairs working towards a Masters in Marine Affairs (MMA) and certificate in American Indian & Indigenous Studies (AIIS). Previously, she received an interdisciplinary degree in ‘Coastal Marine Watershed Resilience’ from WWU’s Fairhaven College. Izzi has worked to cultivate change as a student organizer, research diver in Quintana Roo, Mexico, environmental educator at the Padilla Bay NERR, and underwater cinematographer for Children of the Setting Sun Production Films: “Salmon People” & the award-winning “Women of Journeys – Finding Our Medicine”. Beyond an innate passion for marine flora & fauna, Izzi is eager to dive deeper into Marine Affairs & AIIS as they strive towards unsettling & (re)imagining our relationship to water. 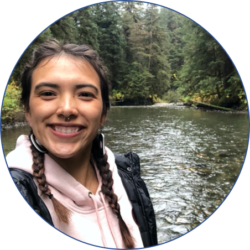 Stephanie Masterman, Undergraduate Fellow
Stephanie Masterman is a second-year transfer student at the University of Washington, working toward her Bachelors degree in American Indian Studies with a minor in Arctic Studies. Stephanie belongs to the Tlingit tribe of Southeast Alaska and was born and raised in Seattle, WA. Stephanie is passionate about Indigenous language and cultural revitalization, environmental justice, women’s rights and reproductive justice, and economic sustainability. Stephanie has served in leadership roles for her tribal community including as a Central Council Tlingit & Haida Indian Tribes of Alaska Emerging Leader and Tlingit & Haida Seattle Community Council Youth Ambassador. She aspires to contribute to her community’s effort to strengthen their self-determination through engaging in policy and international relations. 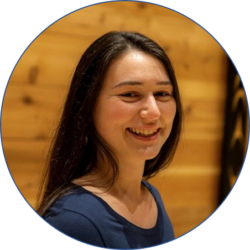 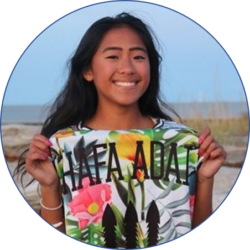 Isa Kelawili Whalen, Undergraduate Fellow
Hafa Adai, my name is Isa Kelawili Whalen, I am a senior at the University of Washington, Seattle, majoring in Anthropology and minoring in Diversity and Oceania & Pacific Islander Studies. I look forward to exploring the changes in both social and environmental aspects by engaging with the experiences of our AAPI Community. After graduation, my goal is to take my knowledge and experience to expand the world’s view of Oceania through an indigenous academic lens, become involved with agencies that better the cultural programs for minorities in America, and tend to academic and environmental programs in our islands back home!